Many people who struggle with their weight feel powerless to cravings.

Have you ever experienced this? When the urge to eat something bad comes over so strongly that you feel you have no choice but to give in?

Then, when it’s over, you feel awful that you’ve eaten all those calories and set yourself up for further weight gain. So you’re good for a couple of days until another craving comes over you…and so the cycle repeats.

I’m here to tell you that you hold the power. And it’s not as hard as you think.

Most of us have certain trigger foods that send our diets into a fiery tailspin. The plan is to identify your trigger foods and to replace these with more wholesome, real food substitutions in order to break the cycle.

What’s a Trigger Food?
Trigger foods are foods that when eaten make you crave more of it, or cause you to eat more food in general. These foods are eaten out of habit, not out of hunger. Your trigger food is something you’ve probably said you feel addicted to. Most trigger foods are high calorie, processed and filled with carbs.

You’ll know something is a trigger food when it’s hard for you to stop eating it, even when you feel full.

Replace Your Trigger Foods
When you stop eating your trigger foods, the craving you feel for it gets weaker and weaker. To assist you through this transition use the ideas below to replace your processed trigger food with a healthier, real food option.

Trigger Food #1: Candy
Due to the high concentration of refined sugar, candy is one of the most addictive of trigger foods. If candy is a major part of your life, then start replacing it with unsweetened dried fruit. You’d be surprised how satisfying the natural sweetness of dried fruit can be. Try apples, pears, apricots, figs, and mango.

Trigger Food #2: Salty Snacks
Salty snacks are nearly all processed, refined and packed with simple carbs. Basically it’s the perfect storm for weight gain. Fight the urge to rip open a bag of chips and instead make a batch of Baked Plantain Chips. See the recipe below.

Trigger Food #3: Sweet Drinks
Sodas made with high fructose corn syrup or coffee drinks made with simple syrup have one thing in common: loads of sugar. If drinks like this are part of your daily life, then you know first hand how addicting these can be. Start replacing these high-calorie, high-sugar drinks with zero calorie iced teas. Add a packet of zero-calorie stevia, made from the stevia plant, for sweetness.

Trigger Food #4: Fried Foods
It’s common to have a weakness for fried foods. There’s something about the texture, taste and fat content of fried foods that sends people into an eating frenzy. To eliminate this temptation, make your own homemade versions of your favorite fried foods by baking and then turning on your oven’s high broil. For example, instead of commercially made French fries, cut a sweet potato into fries, toss with olive oil and bake at 425 degrees F for about 40 minutes, until crispy. The baked versions of your favorite fried foods have considerably fewer calories and you’re less likely to stuff yourself with them.

Trigger Food #5: Baked Treats
Cookies, cakes, donuts, muffins and brownies are serious trigger foods. These are hard to avoid, since they are often shared socially at parties and celebrations. Make your own baked goods at home while replacing flour with almond flour and sugar with a touch of raw honey or stevia in the raw. These ingredient substitutions will make your baking lower in carbs and less addictive. However, keep in mind that baked goods are still baked goods and should be eaten as a treat in moderation.

Eating a healthy diet, free from trigger foods, is one side of the equation when it comes to getting into amazing

Ready to make a transformation? Click below to meet with a Coach and try a free workout. 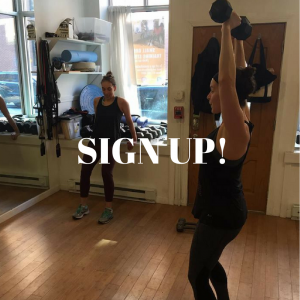